Culture: What you should know before you marry that Igbo girl 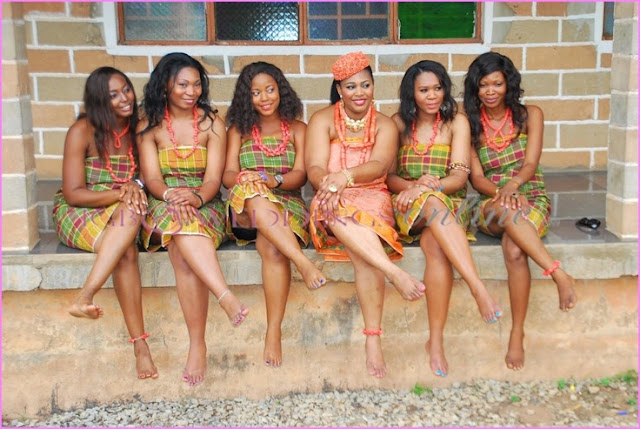 Marriage in Igbo culture is not just an affair between the future husband and wife, but also involves the parents, the extended family and villages. First the groom asks his potential partner to marry him. Assuming that this is affirmative, the groom will visit the bride’s residence accompanied by his father. The groom’s father will introduce himself and his son and explain the purpose of his visit.

The father of the bride to be welcomes the guests, then he invites his daughter and asks her if she knows the young man. Her confirmation shows that she agrees with the proposal. Then the bride’s price settlement (Ika-Akalika) starts with the groom accompanied by his father and elders visiting the bride’s compound on another evening.

The groom and his family bring wine and kola nuts with them, which are presented to the bride’s father. After they have been served with a meal, the bride’s price is being negotiated between the fathers. In most cases there is only a symbolic price to be paid for the bride but in addition other prerequisites (kola nuts, goats, chicken, wine, etc.) are listed as well. Usually it takes more than one evening before the final bride’s price is settled, offering guests from both sides a glamorous feast. 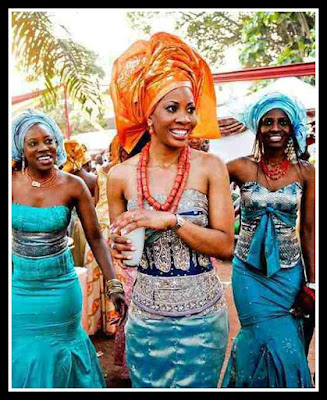 The wedding day is again at the bride’s compound, where the guests welcome the couple and invite them in front of the families. On this day the bride’s father fills a wooden cup (Iko) with palm wine and passes it on to the girl while the groom finds a place between the guests. It is the custom for her to look for her husband while being distracted by the invitees. Only after she has found the groom, she offered the cup to him and he sipped the wine, the couple is married traditionally. During this ceremony, there is also the nuptial dance where the couple dances.
The presentation of items allocated to the daughters or young maidens in the bride’s family could include some items such as gold plated jewellery, gold earrings, various head ties, and wrappers of hollandaise, wax fabric, bangles, rings and leather handbags.

The extensive list include beverage drinks such cartoons of mineral water, malt drinks, beverages, food items, toiletries such as bathing soaps, body creams, shampoos, detergents and the Ogwe ego which is a cash gift.

The list of gifts to be presented to the representative of the heads of the extended family include the traditional kola nuts, potash and heads of tobacco, kegs of palm wine, one or two goats, packets of cigarette, assorted drinks and several cartoons of beer and cash gifts of an agree lump sum in cash placed in an envelop.

The list is incomplete without the traditional favourite a few bottles of seaman’s schnapps a kind of gin, the cash gift is referred to as Ego Umu Nna and is of great importance, it also symbolises the fact that the bride was raised by the entire family.
A symbolic pot presentation indicating that she would be a good wife and take proper care of the groom and Ego onye cash presentation that recognises and includes the villagers in the marriage.