'Nobody can teach you how to be an artist' 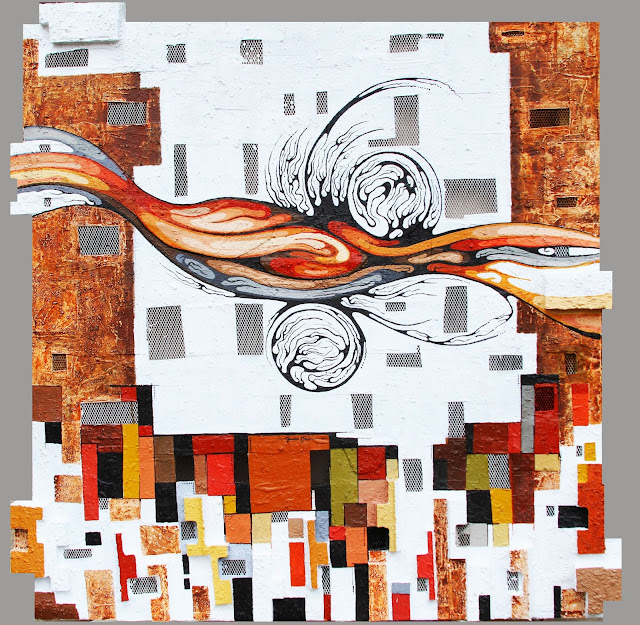 By Udemma Chukwuma
Promise O’nali is one of those artists “born into a generation of advent hip-hop culture. A generation that fosters creativity, design and play over work and academic inclinations.”

Being an artist, O’nali said has shaped his perception of life. “I am more interested in the super-physical than the physical representation of things.” This was seen in his solo exhibition titled; Ije Uwa (Life’s Trajectory), in 2014. Ije Uwa tells the story of the evolutionary process of life from energy to matter to life and self reflective consciousness. “Ije Uwa in my native Igbo language; evolution, mutation, transformation, a constant sojourn of forces, time, energy, matter, atoms, molecules, DNA, etc.” 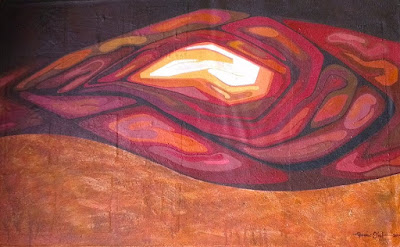 He studied Fine Art at the University of Nigeria, Nsukka (UNN), which he said “would have never been an option if my father had not died early because he wanted us all (children) to be engineers and doctors. Come to think of it, I would have made a very good mechanical engineer because I collected a lot of stuff as a child. O’nali like most children collected odd items such as “electronics parts, cassette players, motors, rotors, bearings and a lot of stuff I would rather not mention.”

Since his days as a painting major at the University of Nigeria, O’nali has been fascinated with lines, as the atomic and underlying element of the work of art. This tendency is, perhaps, a residuum of the uli heritage that for decades defined the creative philosophy of the art department at the University of Nigeria. “I am more interested in how our nerve endings disperse energy and electric charges to give birth to very simple ideas and thoughts.

He found inspiration, creativity, artistic and imaginative prowess from reading comic books as a child, and he “collected a lot of them. I drew a lot of comics of my own with my own invented characters.”

He has also been inspired and awed by the works of “El Anatsui, Nsikak Essien, Peju Alatise, Frank Stella, Ishamu Noguchi, Diana Al-Hadid, and Adebayo Jones, just to mention a few.

“I have also realized that people could teach you to write, draw, paint, sculpt, assemble, weave, carve etc. but nobody can really teach you how to be an artist. I owe my creative evolution to the eclectic nature of our hip-hop culture; always evolving and borrowing from every culture, norm and tradition it encounters. If I were born before the proliferation of hip-hop, my art would have evolved rather differently
at June 03, 2016