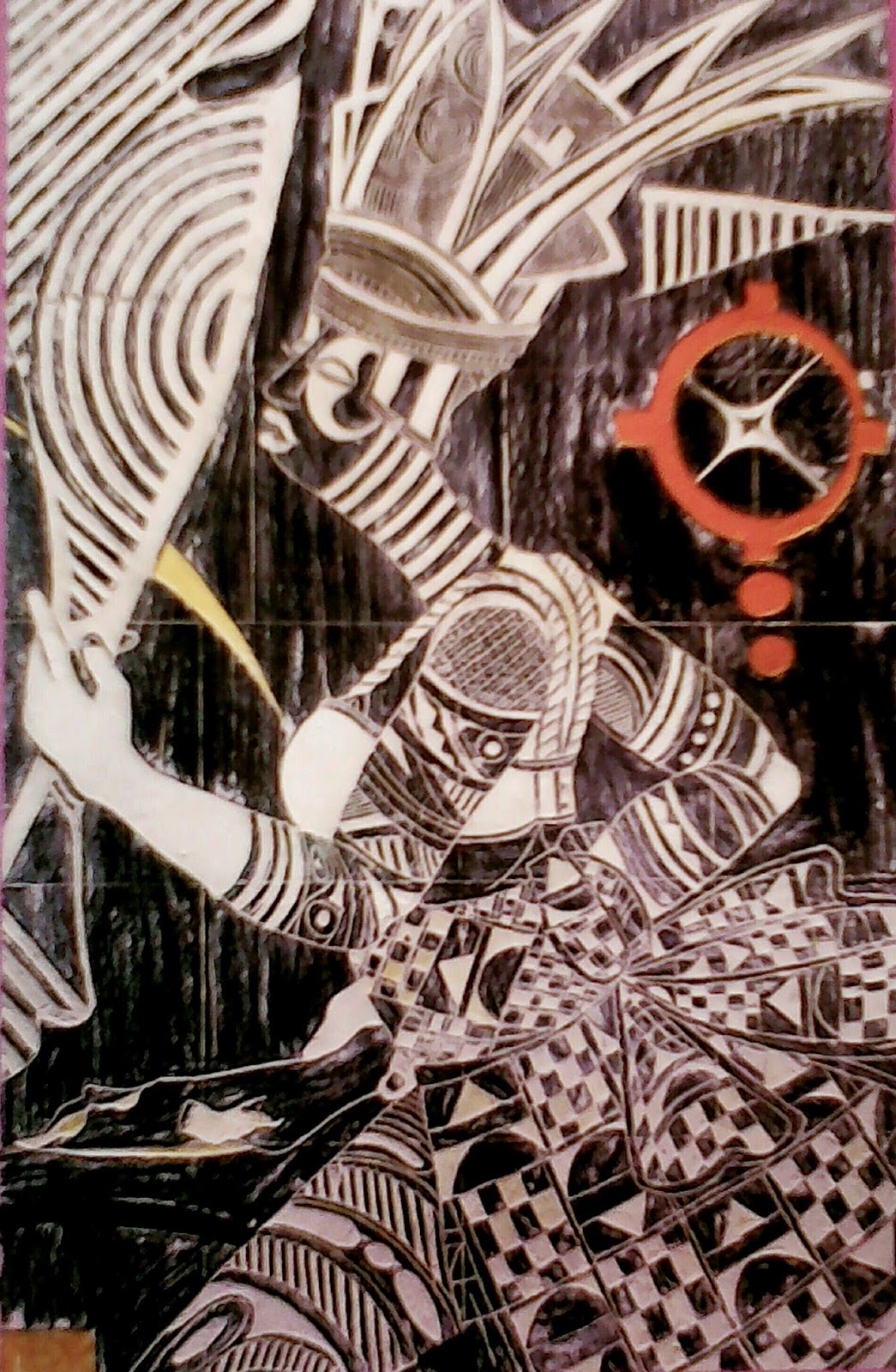 Prolific Nigerian artist, Emmah Mbanefo, no doubt is among the many Nigerian artists who do exceptional work and have made significant contributions to the field of art in Nigeria, if not in Africa.

His artistic works revolves specifically around Igbo themes and symbolic mystery which provide a guide for artists. Beyond the Igbo titles of his works, the meaning behind it is equally of interest and it cut across everyone, with fascinating messages which no one can ignore.

Mbanefo’s use of masquerades and Igbo titles to communicate his thoughts can be attributed to his Onitsha, Anambra origin. “Masquerades represent lawmakers in my community where I come from. They make law and they repel it. Masquerades served as legislative, the judiciary and the executive arm of government in many communities in Nigeria before the coming of the white-man,” he said.

No wonder this sculptor and painter, most time uses masquerade to convey his messages which invokes mixed feelings of fear and peace. He keeps revisiting the ancestral linage of Onitsha people, as well as contemporary issues in Nigeria with his work.
In May, 2014, he exhibited about 60 works in a solo art exhibition of painting and sculptors titled: Wood Hood; at the National Museum, Lagos. “What could Wood Hood mean? The clause “out of the wood” means free at last, of trouble and danger. Perhaps, independent and emancipated, Wood Hood is directly the opposite, both “danger and “trouble” are of a foundation (cause) whose superstructure (effects) are far from goodness.

“Wood Hood is a sequel to my first solo art exhibition “Ambivalence;” that which makes man intrinsically human, not good, not bad but both. Wood Hood searches for the good, the spirit of humanity.”

Explaining the titles of his works he said: “Itokili: this refers to being caged in the world of the living. The victim is highly vulnerable and humility could be the panacea. Humility is such a frail and dedicated thing that, anyone who dares to think that he has it, proves by that single thought that he has it not.” Other titles you will come across whenever you see his works are: Akpali: An admirable quality, Oche Igele: An achiever’s seat, Oso-Ogoli: Spiritual race, Anasi: First wife, Otanke: Spy, etc.

He went to the Federal Polytechnic Auchi, Edo State, Nigeria and worked briefly as a teacher before he established a workshop; Destiny Art Studio in Onitsha, Anambra State, Nigeria. Mbanefor  later turned the studio to educational context, taking on a number of apprentices, including ceramic artist, Ato Arinze.

He was influenced according to him “by encounters with artists such as the late sculptor Okpu Eze, Pro Ben Enwonwu and Iraboh Emokpae.  He majored in Art Education and earned certificate of participation in Art Law, Element of Management, and insurance for Artist, Principles and practice of copyrights and trademarks with certificate in creative enterprise.