Why I refused to talk about Shifting the Paradigm-George Edozie

Six months after, George Edozie reveals why he refused to talk about Shifting the Paradigm, an art Basel he participated in at the Museum of Contemporary Art, North Miami (MOCA), United States of America. Udemma Chukwuma reports. 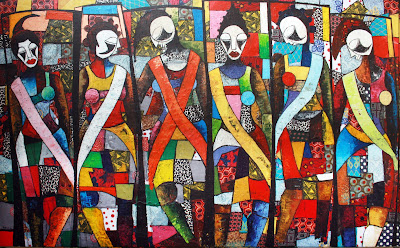 Looking at the introduction of this story you would be curious as to why George Edozie chooses to share his story after six months.

Edozie said he was disappointed at the publicity given to the show back home, compared to the hype it got in America and Europe, which he described as ‘large.’

Displaying over fifteen foreign magazines, including the Miami Time Magazine, at a press conference, he said: “We fail to celebrate our own, we fail to recognise our own; we could not write anything about this exhibition. Just like when you go to some other shows abroad, you find out that Nigerians are participating in the show and no one is saying anything about it, especially the so-called scholars that claim that they write about art in Africa or Nigeria.” 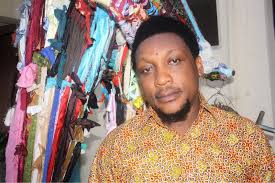 He stressed that only three media houses reported the event in Nigeria because he informed them of the show.

“If a total stranger could write about me, I guess my brother should do more. That is why I was reluctant to have this press conference; I just felt maybe we (artists) are on our own in this country. Maybe we shouldn’t bother about people celebrating us because they don’t care or they are not interested. I was treated like a king there but nobody recognised me here,” he said.

He said African artists, art writers, scholars and critics have a lot of work to do in order to change the mindset people have about African art in the international art community.

“More has to be done in the way and manner African art is being documented. The people writing about art should look for how to reach out. It is not just a domestic thing. You have to reach out internationally. We have to reach out to the whole world. We have to celebrate our own, which is what I am trying to say all these while.  People have to write about African artists.  Not just journalists alone, but scholars, art collectors and art lovers. They have to export this to the international community through their writing. On the other hand, the African artists should strive to get into art exhibitions, Basel and festivals which will expose them to international community. We shouldn’t just sit in one enclave and wait for the searchlight to come and beam us in our studios.
“This will make people to come to Africa to see the talent we have here. When they saw my works, they were excited and they marveled. And I told them that I am just a small fry and I am not among the big artists. I advised them to come to Africa and see the big artists.”

He added that he was shocked with the kind of questions the journalists asked him. According to him, they wanted to know how he was able to produce his works with the power outage and the Boko Haram insurgency. “I was shocked about their mindset about Africa.”

George confessed that the show, Shifting the Paradigm, which opened on December 2, 2014 and closed February 2, 2015, has opened windows of opportunities for him, explaining that today he has a gallery representing and managing him in the USA.All works displayed at the show were produced with fabric.
The art Basel was curetted by Prof Nkiru Nzegwu internationally and locally by Chinwe Uwatse.