Bisi Fakeye to be interred in December 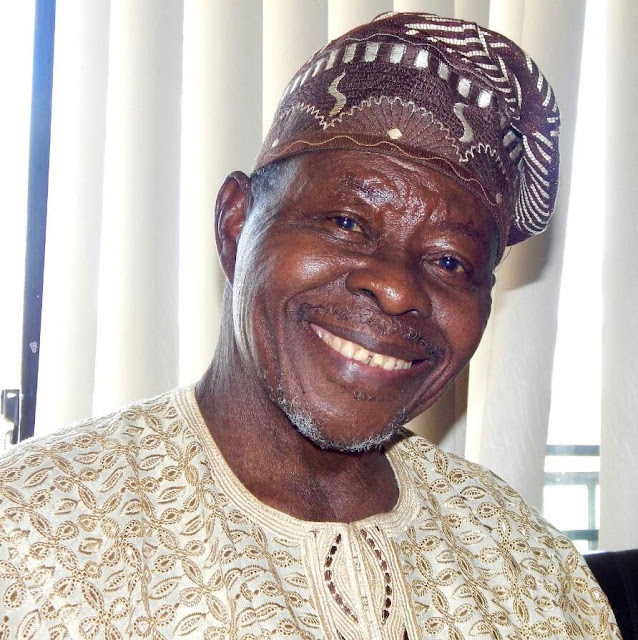 Burial arrangement is ongoing for master artist, Bisi Fakeye, who passed on after a brief illness in the early morning of Sunday, October 8, 2017 at the Ikorodu General Hospital in Lagos. He was aged 75.
Fakeye will be laid to rest in December, said Bunmi Babatunde, the Chairman of Universal Studios of Art (USA), Lagos, Nigeria, in a press statement.

His transition the statement read, “is a huge loss, not only to the Universal Studios of Art where he was a Founding Father and highly resourceful Trustee, but also to the Nigerian Art Community at large.”
Members of the USA, according to the statement are already consulting with the Fakeye family and will soon gather Nigerian artists to organise a special memorial event as a tribute to, and in honour of the artist, who had worked all his life to propagate Nigerian art to the world.
“Baba Fakeye, as he was fondly called, was a rallying point for diverse generations of Nigerian artists – from the young to the old – and would be painfully missed.”
ABOUT BISI FAKEYE
Olabisi Onawale Fakeye was born on the 9th of March, 1942 in Ila-Orangun, Osun State, Nigeria. He attended St. Matthew’s Primary School, Ila Orangun (1949 – 1956), L. A. Secondary Model School, Ila Orangun (1957 – 1959) and later proceeded to the Ife Divisional Teachers Training College (1963 – 1964). Between 1960 and 1967, he worked intermittently under his uncle, Lamidi Fakeye who taught him the ABC of wood carving.
It is noteworthy that Bisi Fakeye’s career as a wood carver began before Nigeria’s independence with his indirect association with the Oye Experiment, but eight years after independence (1968), he abandoned teaching and moved to Lagos where he began to interact with formally trained artists and was able to develop a more commercially vibrant practice. As his art practice flourished, he became an active participant in the thriving Lagos art scene. After the 2nd World Festival of Arts and Culture (FESTAC ’77) held in Nigeria, he settled into the grounds of the National Theatre, which later transformed into the now famous Universal Studios of Art.
Between 1959 and 1970’s, Bisi’s stylistic approach to sculpture borrowed from Lamidi Fakeye’s traditional tendencies. As described by Prof. Ola Oloidi, his wood carving “rigidly obeyed the traditional Yoruba aesthetic code of sharp segmentation, bulging eyes, spreading lips, submissive pose, sharp angularisation, pointed or straight breasts, pensive mood as well as definite incisions and profuse decorative patterns.” However, his relocation to Lagos culminated in the transformation of his stylistic signature, which changed “the aesthetics of his sculptural language from the pure traditional to modern; but without totally rejecting his Yoruba artistic idiom.” This dynamism gave him an edge that stood him out among Yoruba wood carvers. It also opened doors of international exposure - exhibitions, commissions and workshops - to him.
As a regularly exhibiting artist, Bisi Fakeye mounted and participated in over 50 national and international (group, joint and solo) exhibitions between 1963 and 2017. These include a 3-man exhibition with the American Society of African Culture (1963), 2-man exhibition with the Goethe-Institut (1969, 1971, and 1973), Guest Artist to Germany for three months (1976), Society of Nigerian Artists (1985, 1987, 1989, 1990 and more). His first solo exhibition titled ‘Past, Present and Future’ took place at the Goethe-Institut, Lagos in 1988. He was a Guest Artist with the Wajumbe Cultural Institute Incorporation, USA in 1989. Apart from so many other exhibitions to his credit, he also took part in all exhibitions organised and staged by the Universal Studios of Art, Lagos and was a regular feature at art auctions. These include those organised by the Town Crier Auction House, Art House Contemporary Limited and Terra Kulture-Mydrim Auction House.
An international artist of high repute, Bisi Fakeye’s commissioned masterpieces include a door for the Nigeria Embassy in Rome, a door and two pillars for the Federal Guest House, Lagos, five sculptural pieces for the National Gallery of Modern Art, two doors for the Chapel of Christ Our Light at the University of Lagos, two sculptural pieces at Africa House in Havana, Cuba; a metal gate for Aina Onabolu Building, National Gallery of Art, Lagos; and many more. He also produced a piece titled ‘Ireti,’ which was later adopted for the logo the Africa House in Cuba.
Apart from being a founding member and one of the four trustees of the Universal Studios of Art located at the annex of the National Theatre, Lagos, Bisi Fakeye was an active member of the Society of Nigerian Artists (SNA). He was Vice Chairman and Ex-Officio of the Society’s Lagos State Chapter from 1987 to 1994 while also serving as the national body’s Treasurer from 1989 to 1994.
Fakeye transited, on Sunday, October 8, 2017 at the Ikorodu General Hospital after a brief illness. He was aged 75. He will be fondly remembered for his resourcefulness to practical art development in Nigeria. He was always available to provide guidance to a large retinue of art student from various Art institutions within Nigeria and beyond. He will be greatly missed by the Nigerian Visual Art Community.