Author of 'The Concubine,' Elechi Amadi, passes on 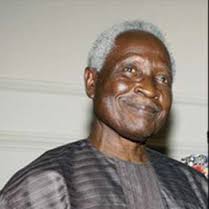 Elechi Amadi, author of the Concubine is dead of an undisclosed illness.The literary icon passed on, Wednesday, at the Good Heart hospital in Port Harcourt at the age of 82.

A member of the family, Barrister Wabueze Amadi, who confirmed the death said he passed on at about 3.45pm at the hospital.

Amadi was one of the greatest Nigerian Authors of all time. A master of words, who was best known for the masterpiece - The Concubine.

the late author hails from the first generation of Nigerian writers, in the league of the likes of Chinua Achebe, JP Clark, Cyprian Ekwensi and Christopher Okigbo.

His other books include Sunset in Biafra, Peppersoup, The Slave and The Road to Ibadan. He died in hospital in the oil city of Port Harcourt.

A physics and mathematics graduate of the University of Ibadan, he also joined the Nigerian army and continued serving in it during the civil war, despite coming from the Niger Delta, which was part of the breakaway state of Biafra. 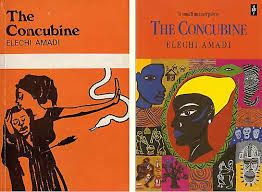 Many Nigerians grew up reading his first novel The Concubine, which focuses on love in a southern village, and how it came into conflict with traditional life. He will best be remembered for the way he portrayed life in rural Nigeria and for the tricky plots and changing views in his novels.

It spawned Amadi's only non-fiction work, Sunset at Biafra, in 1973, detailing his experiences during the war.

Though many books have written on the conflict, his work stands out for accuracy, neutrality and conciseness.

Exclusive: James-Iroha reveals how he was seduced by...

By Udemma Chukwuma
Uche James-Iroha, who many know as a photographer says, “I’m still a sculptor.” Speaking to Arts and Culture Place in a chat, the artist says “I still employ the principles of sculpture in my lens-based work. I might have stopped working in clay, metals, etc. but I still negotiate my photography with the understanding of symmetry and composition which is often described as sculptural.”

James-Iroha further says he was “seduced by the immediacy of the medium (photography), and attracted by the fact that it was able to confront reality directly with the possibility of the artist to manipulate the elements of art to expand the story.”

He took to photography in 1996 when he graduated from the University of Port Harcourt. To him, “sculpting was already popular in both the contemporary and traditional art scenes but photography for me was a new medium.”
Even though he had not created any sculpture since he left school, James-Iroha says, “I don't feel like I left sculpting.” Will he produce sculptures later in life? “I doubt it, but as the spirit leads.”

He hints that he might have a solo exhibition in Lagos next year.

James-Iroha was born in 1972 at Enugu, Nigeria. He works to promote photography and improve the perception of photographers and photography in Nigeria. 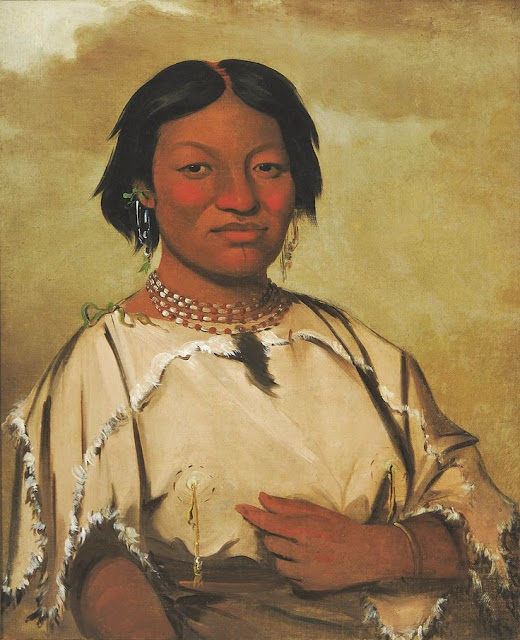 George Catlin (July 26, 1796 – December 23, 1872) was an American painter, author, and traveller who specialised in portraits of Native Americans in the Old West. Travelling to the American West five times during the 1830s, Catlin was the first white man to depict Plains Indians in their native territory.

George Catlin was born in Wilkes-Barre, Luzerne County, Pennsylvania. As a child growing up in Pennsylvania, Catlin had spent many hours hunting, fishing, and looking for American Indian artefacts. His fascination with Native Americans was kindled by his mother, who told him stories of the western frontier and how she was captured by a tribe when she was a young girl. Years later, a group of Native Americans came through Philadelphia dressed in their colourful outfits and made quite an impression on Catlin.

Catlin was just seven years old in 1803 when Thomas Jefferson sent Lewis and Clark on a three-year expedition to explore the newly acquired Louisiana Purchase. In 1830, Catlin made his initial pilgrimage to St. Louis to meet William Clark and learn from him all he could of the western lands he hoped to visit. He would have only a short time to accomplish his goal—to capture with canvas and paint the essence of Indian life and culture. In that same year, the Indian Removal Act commenced the twelve-year action that would remove the remaining Indians from land east of the Mississippi. Within a few years, the Mandan would be decimated by smallpox; within a few decades, the number of buffalo would drop from millions to a few thousand, and the high prairies would be crosshatched by the plow and the railroad. 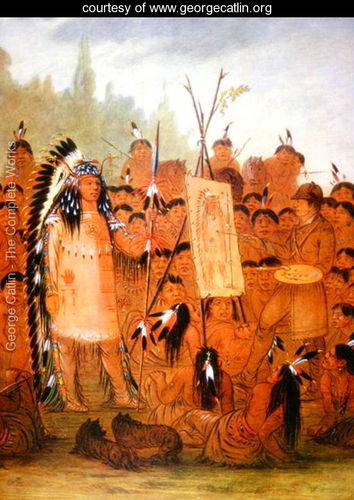 The Indian Gallery. In September 1837 Catlin returned East to open his Indian Gallery in New York. Initially, Eastern audiences did not know what to make of the brilliant face paint and the strange customs Catlin depicted; but Catlin had a flair for showmanship, and soon the tour became a popular success. The Indian Gallery travelled throughout the Eastern seaboard, garnering critical acclaim and large audiences. Despite this success, in 1839 the U.S. Senate voted not to purchase Catlin’s gallery and thereby support his project. Stung by this rejection, Catlin packed up the Indian Gallery and sailed for England. Here, too, the gallery was a tremendous success, and he was commanded to give a private showing to both England’s Queen Victoria and King Louis Philippe of France. In 1852, however, Catlin suffered bankruptcy, and he offered the Indian Gallery as collateral toward a loan that allowed him to pay off some of his creditors. He was never able to reclaim the original works, and he was forced to hastily produce a second, inferior group of paintings. Never fully escaping poverty, Catlin remained in Europe until 1870, returning to the United States only two years before his death.

A Powerful and Ambiguous Influence. Catlin’s legacy is complex. His paintings made an indispensable contribution to our understanding of the Plains Indians of the early nineteenth century, yet at the same time they are sometimes primitive in execution and, for all his ethnographic care. Catlin’s influence is very immense. He visualized the West and depicted Indians for a vast national and international audience. Further, his emphasis on first-hand observation and experience became part of the ethos of Western art. 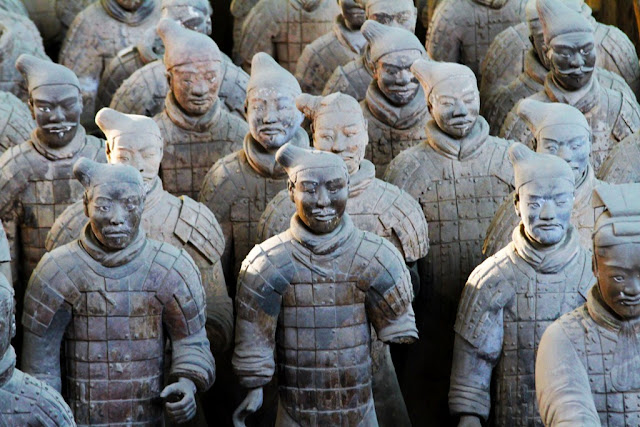 On view at the GAC Motor showroom in Victoria Island, Lagos, Nigeria, are a collection of life size Terracotta sculptures, depicting the warriors of the first Emperor of China. The figures which date back to approximately the late third century BCE, were discovered in 1974 by local farmers in Lintong District, Xi'an, Shaanxi province in China.

The show opened over the weekend. The exquisite sculptures were brought in by a young Nigeria artist, Uzoma Samuel Anyanwu, and are part of the works on display on his ongoing exhibition of selected Chines heritage site photographs, titled: Coming to China; A Photographers Dairy at the Site of Qin Dynasty. 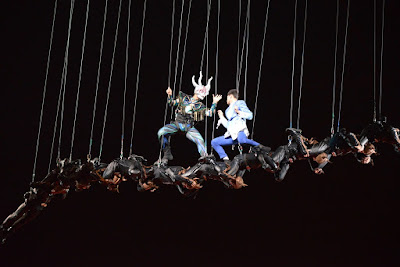 Anyanwu says he has always sought to queue his art practice into the mainstream of global art community, with a keen interest “in an attempt to seek for what other nations and their citizens look like beyond the perspective of media propaganda.”

The exhibition reveals the originality of Anyanwu’s brand of photography. “I’m promoting a world culture and not just the Chinese culture. As an artist, when you see an artwork, it belongs to the world, it belongs to humans. I visited China on just the interest on exploring or furthering my interest on cultural activities.” 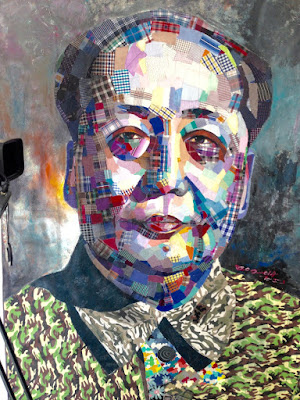 A mixed media work stands out at the exhibition, a colourful fabric collage portrait of Mao Zedong. “This man is an icon in China and you cannot bypass him when you are in China.”

No doubt China remains a place where most people travel to for commercial activities, but Anyanwu went there to explore the rich cultural heritage of Chine. He captures the beautiful world of China, their priceless ancestry treasures, amazing historical sites, sunrise and sunset in China, splendour temples and towers, such as the Temple of Heaven, the Great Walls of China.

“Today part of my dream has come to pass as the Chines Terracotta Warriors finally visit the home of the Nigeria Nok Terracotta sculpture, therefore blurring the different ancient art traditions and offering a chance for cultural exchange, appreciation and learning.”

Aside from capturing the magnificent structures and landscapes in China, Anyanwu also captured breath taking theatre world of China.
Anyanwu says he is using the show to draw the attention of Nigerians, urging them not to neglect their heritage sites. 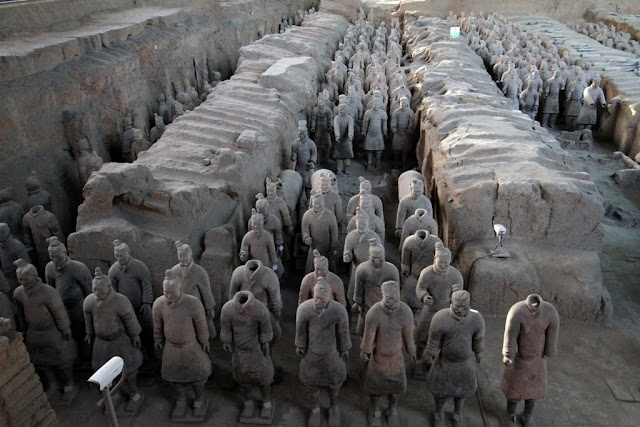 “When you visit any part of china, they have something to offer. Nigeria and China should have cultural exchange, we should look at where we can meet the Chinese and learn from each other, but possibly learn cultural management and heritage management from the Chinese.”

The artist who spoke passionately about China says the county “is worthy of emulation. Recently, our president and some senators visited for economic reasons. They saw a lot and came back and were making reviews. And Nigerians are hopeful that something from that part of the world will help lift us from where we are into a better situation.”

Is Anyanwu going to export the Nigerian culture to China? “Yes, this is a project I have started and it’s not going to end here. Even those that have supported this project, both the Chinese and Nigerians, their eyes have now been opened that we have a lot to share.”

What were the challenges he had taking these photographs in one year?
"As a Nigerian, I didn’t really have much challenges, taking the pictures. The only challenge I had was the distance I covered taking these photographs.  It was so worrisome though I have not travelled all that far; even though I have travelled to other countries from Nigeria.
"I spent twenty-eight hours on the road when I went to see these Terracotta sculptures, I haven’t done that before in my life. Six hours’ journey within a country by flight, I haven’t done that before, language barrier and food," he recalls.

He had participated in shows such as the Niger Delta photo. A fulltime studio artist, he describes himself as promotive artist.


The exhibition is being supported by GAC Motor, OYASAF Foundation, University of Port Harcourt, and is curated by Etiido Effiong Inyang with Frank Ugiomoh as its Artistic Director, and Nelson Graves as the Associate Artistic Director.
at June 26, 2016 1 comment: