Culture: Kola nut; almost eaten like food in the North 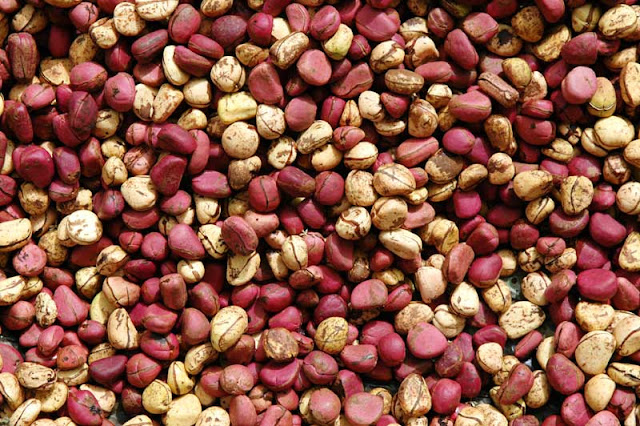 Kola nut called obi by the Yorubas, gworoh by the Hausas and orji by the Igbos, is so important in the social, religious and cultural life of Nigerians. It serves as a symbol of unity as it is a common feature among the diverse tribes in Nigeria.

Kola nut is eaten and used for health, spiritual and medicinal purposes by almost every tribe in Nigeria. In Yoruba land, kola nut is presented to chiefs as gifts, and is often used ceremonially at weddings, coronations or at any traditional gathering, it is also presented to guests when they visit, a sign of reception.

One popular Igbo proverb says, “onye wetera oji, wetera ndu,” (he who brings kola, brings life). The implication of kola nut presentation, therefore implies, establishment of love and trust. And that is why, it is believed that whoever partakes in the sharing and eating of kola nut with one has become one’s friend and has entered into an oath of preservation of life with one. In this sense.

Almost in every part of Nigeria, kola nut is used in offering prayers to the ancestors to guide and protect the people. The Yoruba believe that kola nut is the favourite food of Ifa, the divination deity, and this is the reason they give reverence to a specific kind of kola nut called, obi abata.

The Hausas are known to be the greatest consumers of kola nut in Nigeria. It is almost eaten like food in the North. It is said that an average Hausa man’s coloured teeth is as a result of excessive consumption of kola nut. It is a common saying that during religious celebrations in the North like Sallah, instead of people asking for Sallah meat or food, they would rather say: “Ina Sallah gworo?” meaning, where is my Sallah kola?

Grown and harvested abundantly in the western part of the country. It is celebrated in a mythical manner by the Igbo of the south-east. The way and manner that kola nut is seen and appreciated by Nigerians makes it something bigger than the mere red and yellow seed nuts hawked and sold in markets

Kola nut plays other important cultural functions among the Igbo people of Nigeria. The mythical and legendary history of origins and migrations that shape the history of many ethnic constituents of the country, kola nut is used to trace seniority. Among the Igbo, in a situation whereby the person who presents the kola is senior to the person who represents the most senior village or community in their midst, the kola will still be presented to the junior person to get his approval before the oldest person in their midst is allowed to bless and break the kola nut.

According to research, kolanut contains caffeine which is a stimulant and over excess of it in the system is very unhealthy.