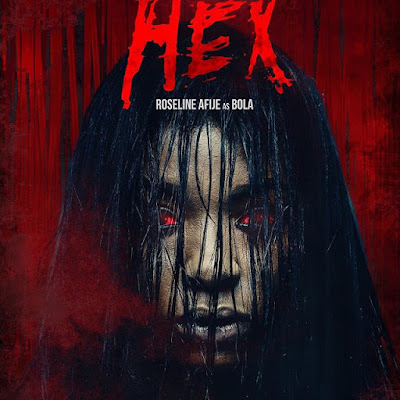 Film producer and music video director Clarence Peters recently announced on his Instagram page his latest effort, a film titled Hex. The 26 minute horror film is the fictional story of five young people who suffer severe emotional breakdown and are put through haunting experiences after they accidentally knocked down by an unknown man on their way back home.
“I've been working on something special for a while now and I'm happy to inform you that the trailer for my short film, HEX, is out,” he said.

Hex is written by Peters, Rotimi ‘Rcube’ Oshodi and Victor Sanchez Aghahowa, and directed by Peters.

Clarence Peters is a Nigerian music video director, filmmaker and cinematographer. He is the founder and CEO of Capital Dream Pictures, a production company that specialises in the realms of the performing arts, new media art, film, television, radio, and video.

To his credit, he directed 40 episodes of the TV series Everyday People. Peters has also directed music videos for recording artists across an array of genres and generations, including Wizkid ,Darey, and Durella.

He is also the founder and CEO of Capital Hill Records, a record label that is home to the likes of Chidinma, Tha Suspect, and Illbliss. He was ranked 2nd on Channel O's Top 10 Most Visionary Music Video Directors list. In 1998, he was involved in a Mobil sponsored music video for a documentary on AIDS.
at September 30, 2015