'A country that neglects its theatre is dying' 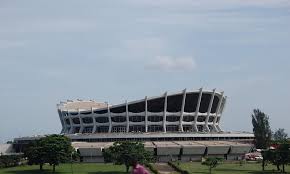 “The National Theatre, like the National Museum, is the repository of our collective values, the cultural dome of our common heritage, the symbol of our national unity, identity and cultural expression,” said Effiong Etim Johnson, the Professor of Theatre Arts, University of Uyo, Nigeria, in one of his lectures.

He went further to say: “The National Theatre should be a vibrant centre, steering the national mind and consciousness in the right direction politically, economically, socially, religiously, ethnically, psychologically, and so on, through its productions. It should be the voice of reason for the country, even on morality, checkmating excesses and relocating the Nigerian values on galleries of positive exhibitions through regular productions.”

From its foundation in 1976 during the military regime of Olusegun Obasanjo, the National Arts Theatre of Nigeria is a multi-purpose national monument for the preservation, presentation and promotion of Nigerian arts and culture.


You can call it the primary centre for the performing arts in Nigeria. The monument is located in Iganmu in Lagos State. It was built during the preparation for the Festival of Arts and Culture (FESTAC) in 1977. The collection of National Gallery of Modern Nigerian Art is housed in a section of this building, but one cannot say if there are recent artworks in the gallery.

The theatre was designed and constructed by Bulgarian construction companies and resembles the Palace of Culture and Sports in Varna, Bulgaria (completed in 1968), the National Arts Theatre Lagos being the bigger of the two.

A visit to the place will convince you that many activities are nothing taking place there apart from ones going on around the kiosks which is in the vicinity were people hangout to drink and relax, especially in the evening and weekends. The atmosphere will make you wonder if you were at the right place.

In 2001, former president, Olusegun Obasanjo, announced plans to privatise the National Arts Theatre. This became a top of discussion amongst Nigerians, entertainers and playwrights. On December 30, 2014, it was reported that the National Arts Theatre has been sold to a Dubai-based conglomerate for the sum of $40million, and that the building will be converted to a duty-free shopping mall.

The uproar that met plans to sell the space under the privatisation of government agencies forced the federal government to rescind its decision to dispose the facility. The Ministry of Culture placed a "Request for Expression of Interest (EOI)" for the concession of the National Theatre and the area around it.

Would a country that has respect for her culture dear think of selling her national heritage? Some said its unbelievable and unthinking that someone could suggest such. However, the plan to sell the magnificent national heritage was later dropped.

To Johnson: “The National Theatre owes this country a life-link.  The production would engineer social security, even subtly, via the persuasive of even didactic presentations of pro-value-enhancing performances. The unit can attract grants for Cultural Studies of a bilateral nature of the Anglophone and Francophone people of West Africa. Such ventures would be as economically empowerment as social-culturally beneficial.”
at September 21, 2015