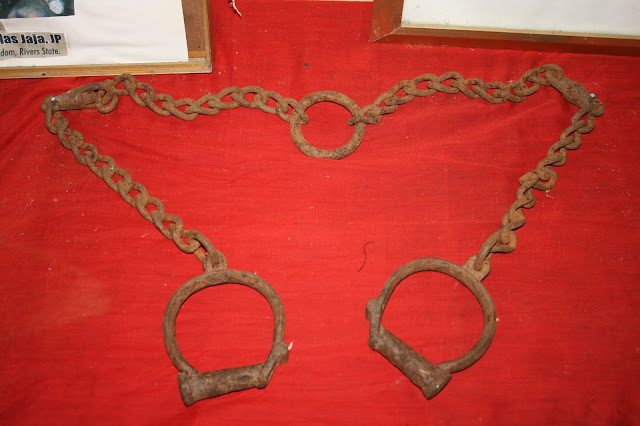 It’s a pity if you have never visited the historic town of Badagry, Lagos. This ancient town witnessed the trans-atlantic slave trade era in West Africa. It has become a place for tourists.

The white building known as the first storey building in Nigeria is situated in Badagry. Once you visit Badagry and didn’t make it to this building, then your visit in incomplete.

You will be over whelmed with the historic items in the building which was erected in1845. In the building are items such as the building materials used in constructing the first storey house.  There is also a gallery in the building with a long table covered with a red cloth, while heavy chains, padlocks, photos and other items are displayed on it.

Apart from being a tourist centre, the first storey building has become a location for the entertainment industry as well as a place for musicians and models, which use the place for their videos and photo sessions.

During slavery, forty slaves were used to exchange for a stout gun. A cast iron stout is mounted in the garden of slave unit in Eriki Faremi Williams Abass Court, known as Baracoon of Joslave. In those days there were cells which contained forty slaves in Abass Court; the slaves were already confirmed to be transport by the British to the journey of no return. In the compound of the building is a well, engraved on it is 1842, indicating when the well was dug.

There are various rooms in the building with its own story attached to it. In the labourer’s room are the corrugated iron sheets and the nails used in the roofing of the building. The doors and hinges are still the same and appear to have stood the test of time. Just beside the labourer’s room is the room of the first teacher in Nigeria, Mr Claudius Phillips. Philips lived in this very room for 23 years and he established the first primary school in Nigeria, known as St Thomas Primary School with 40 students. The students spent 12 years in primary school before they graduated.

Going upstairs through a narrow wooden staircase is the room of the first Bishop in Nigeria, who wrote the first Yoruba Bible. Stored in this room is the first English Bible belonging to Townsend when he was invited by his friend Birch Freeman, alongside the Yoruba version translated by Bishop Ajayi Crowther. From this room, you can see the house of Lord Fredrick Luggard-the then governor of the colony and protectorate of Southern Nigeria.

When Birch Freeman arrived in Badagry on September 24, 1842, he preached his first gospel under the notable Agia Tree. Under this umbrella tree, though no longer in existence, the first sermon in Nigeria was preached and the tree also served as the centre of Christmas celebration for the early Christians.