After 'Being Mrs Eliot', Omoni Oboli Returns With 'The First Lady' 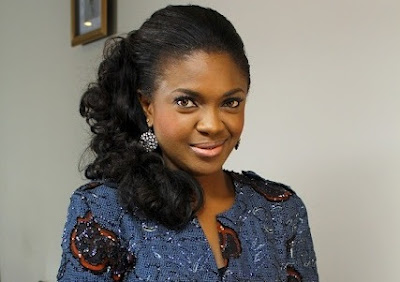 Having established herself as one of the very few female to have a block buster movie with ‘Being Mrs Eliot’, actress, producer and director, Omoni Oboli is set to return to the cinema with another potential block buster movie, ‘The First Lady’.

The First Lady is a story of a street girl and her peeps told with intrigues, twist and turn of street element that attest to the versatility of Omoni as an actress.

The story which was written by Omoni was also directed by the Delta Born French graduate.
Omoni Oboli’s directional debut Being Mrs Elliot has come and gone, but the movie lived up to expectations in Nigerian cinemas.

The movie recorded good box office figures topping the chart and way ahead of other movies. It made over 5 million in its first three days in the cinemas making it one of the number one sought after movie after its premiere.

According to the producer and director of the movie Omoni Oboli, “the response of the movie has been phenomenal.  The movie has shown me that when we do things right, most times the market response will also be right”.

Omoni Oboli has not only proven that she is an actress who knows her onions but also as a fore-sighted director who sees the best in others and knows the best role to appoint to her colleagues for effective and impressive interpretation.

Steve Shodiya, Nigeria celebrated movie editor, revealed that sometimes, he uses Omoni's scenes to clean up other actors' shortcomings. "As far as I'm concerned, Omoni Oboli is the best for the roles she played in "Render to Caesar", "Anchor Baby" and "Figurine." No other actor could have interpreted those roles the way she did. Most of them are stereotyped but she is versatile," he stated. Also, in his own assessment, Desmond Ovbiagele said, Omoni Oboli is highly professional on set.

"I was looking for a professional in terms of her approach to work; I have heard a lot of stories about actors and actresses on set. After my research, I found out that Omoni is very professional and is somebody who knows her onions"
“Nigerians should expect another thrilling, entertaining yet informative movie in ‘The First Lady’ and a different version of Omoni’ she said.
at September 10, 2015