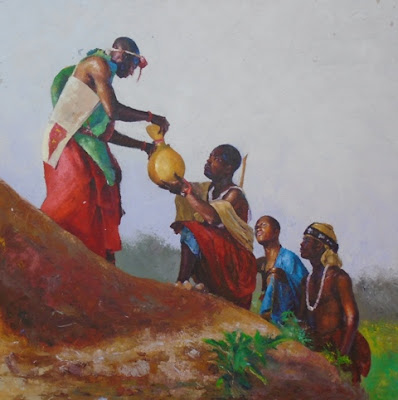 Inspired, an art exhibition of paintings by rising Nigerian artist, Raji Mohammed will open on Saturday, October 17 and will run till the 24th, at Alexis Galleries, 282 Akin Olugbade Street, Off Idowu Martins Street, Victoria Island, Lagos.

Born 1986 in Lagos, Mohammed will be displaying thirty five pieces of his recent works. His works are very similar to that of his mentor, Ebenezer Akinola who has been Mohammed’s major influence.

“I see art as an unending adventure that keeps one moving from one level of creativity to another,” stated the artist.

As a visual artist, Mohammed began his career at Adeniran Ogunsanya College of Education, Otto-Ijanikin, where he obtained NCE in 2008. He is also a graduate of University of Nigeria, Nsukka (Lagos campus).

He trained at the prestigious Universal Studios of Art, Iganmu, Lagos, in 2008 before undergoing training at A.S Ebenezer studio under the watchful eyes of Mr Ebenezer Akinola. He says he is highly inspired by works of great masters, happenings and moods of people around him. He has participated in a number of exhibitions including CUPID and Fate organised by Alexis Galleries. 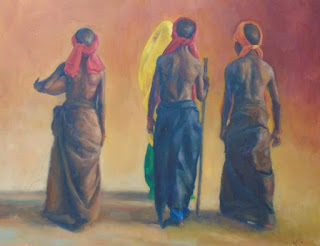 His works are in private and public collections, both home and abroad and he is currently managed by Alexis Galleries.