How LagosPhoto Foundation plan to host the world 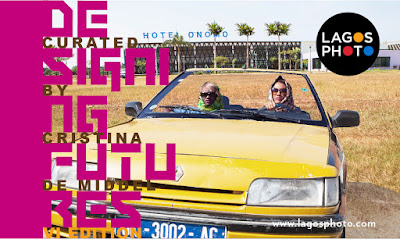 No fewer than thirty five photographers from eighteen countries will be participating in the sixth edition of LagosPhoto Festival. The annual event entitled Designing Futures will open on Tuesday, October 24 and ends on Friday, November 27, 2015 at Eko Hotel and Suites, Victoria Island, Lagos, Nigeria.

The one month programme will include exhibitions, workshops, artist presentations, discussions, screening, and large scale outdoor installations in congested public spaces in Lagos.

According to the organisers (LagosPhoto Foundation), the event aims at providing a platform for the development and education of contemporary photography in Africa by establishing mentorships and cross-cultural collaborations with local and international artists. LagosPhoto presents photography as it is embodied in the exploration of historical and contemporary issues, the promotion of social programmes, and the reclaiming of public spaces.

The organisers said this year’s theme and conversation of interest is intended to explore contemporary dialogues surrounding design in Africa. In a continent whose design history includes the Benin Bronzes, Adinkra, and some of the oldest writing systems known to man, deference to these feats are acknowledged in the rich and sometimes frugally chic designs we see today.  “Photographers from across the continent and beyond display deft but also awareness of the cultural and socio-political landscape that influence daily life, and in turn communicate that awareness through the images they create.”
LagosPhoto is the first and only international arts festival of photography in Nigeria. Looking at both the literal definition of design, and a more philosophical one, the Curator, Cristina De Middel in a press statement stressed that “Making a plan is designing your future, crossing your fingers, praying… a pony tail, a choreography, the shape of countries like Mali.” By questioning our concept of creative design and day to day design and blurring the line between the two, the exhibition presents photography that forces the viewer to reconsider and even reconcile what design is, has become, and will be in the future. 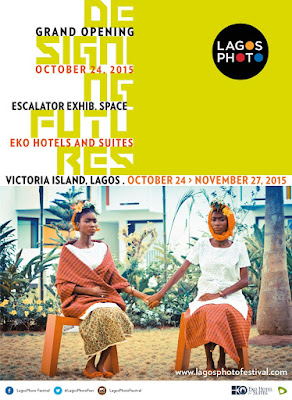