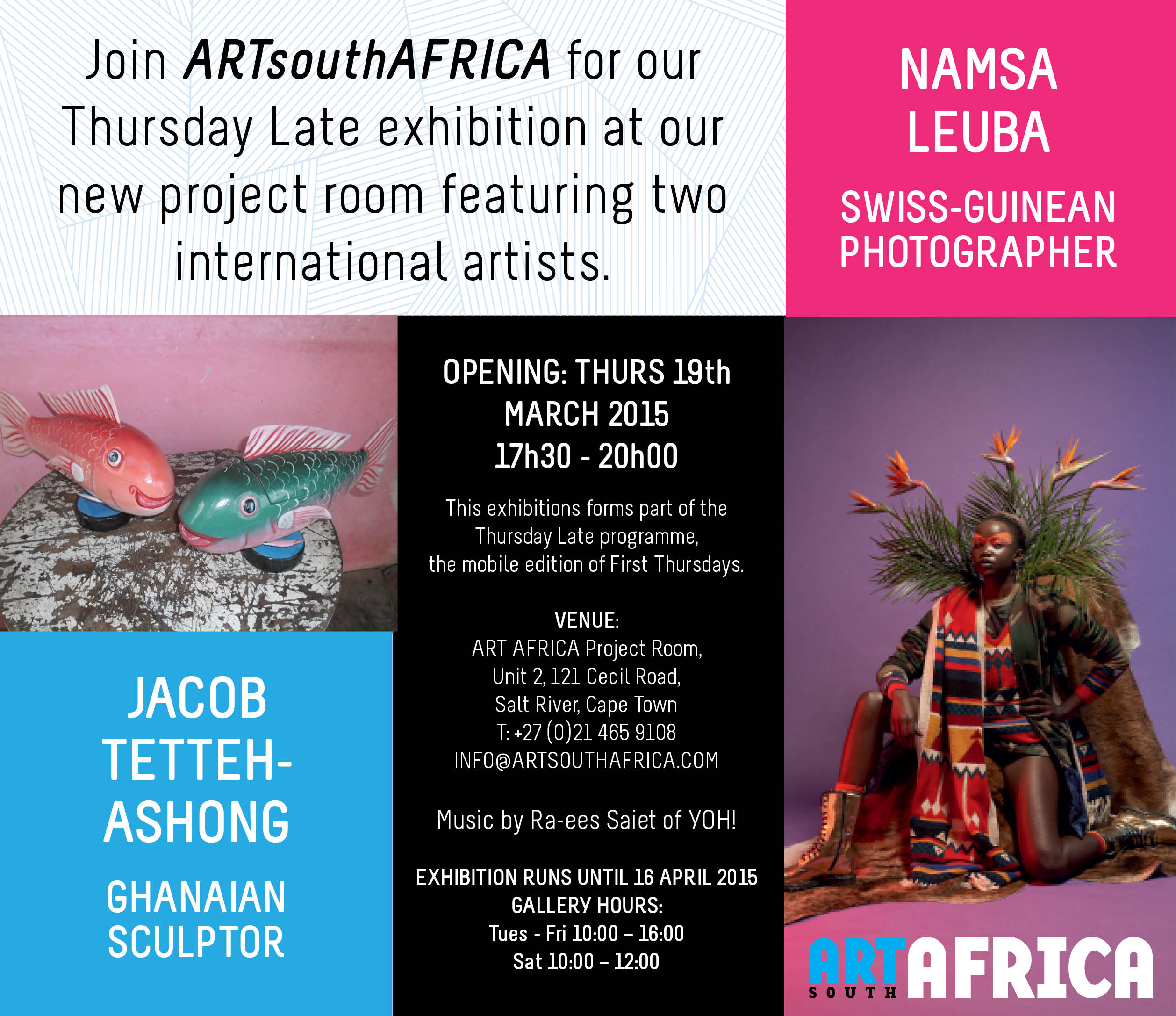 Joseph Tetteh-Ashong also known as Paa Joe, is a Ghanaian figurative palanquin and fantasy coffin artist. Ashong had his first solo exhibited during the THAT ART FAIR in South Africa and he presented a number of customised coffin maquettes from Ghana – exquisitely handcrafted sculptural artworks in their own right. He will present his scuplture today.

While Namsa Leuba will present photographic images from her series 'Ya Kala Ben' (2011), 'The African Queens' (2012) and 'Cocktail' (2014), as well as a number of images from a series, shot during her time in South Africa shown exclusively for the first time at THAT ART FAIR, an alternative fringe art fair which took place in South Africa February 27 to March 1, this year.

For the past two years Leuba’s research has focused on African identity through Western eyes. Her work has been published in so many magazines, including KALEIDOSCOPE, Foam, Vice Magazine, New York Magazine, Wallpaper and the British Journal of Photography.  Her mother, a Guinean and her father a Swiss.