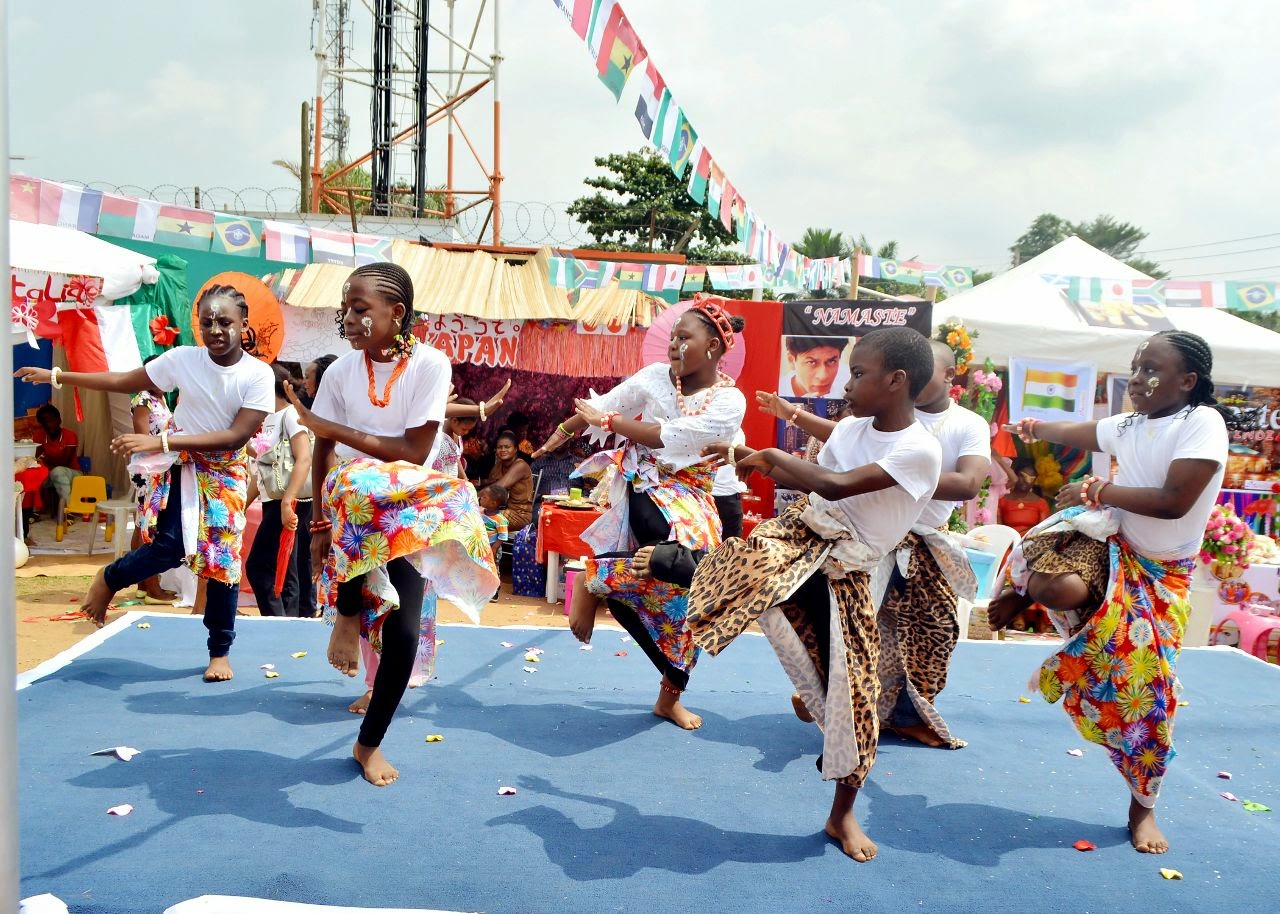 "Has it ever occurred to you why international day is celebrated by educational institutions?”  This question was the question asked by a five-year-old Miss Mfeheke Okoko, a pupil of De Beautiful Beginning (DBB) School, Magodo, Lagos, during the school’s first International Day celebration. The young lady who wore gold India dress made this remark when she mounted the stage and addressed the guests, parents, teachers and her fellow students, to formally open the event which took place recently. 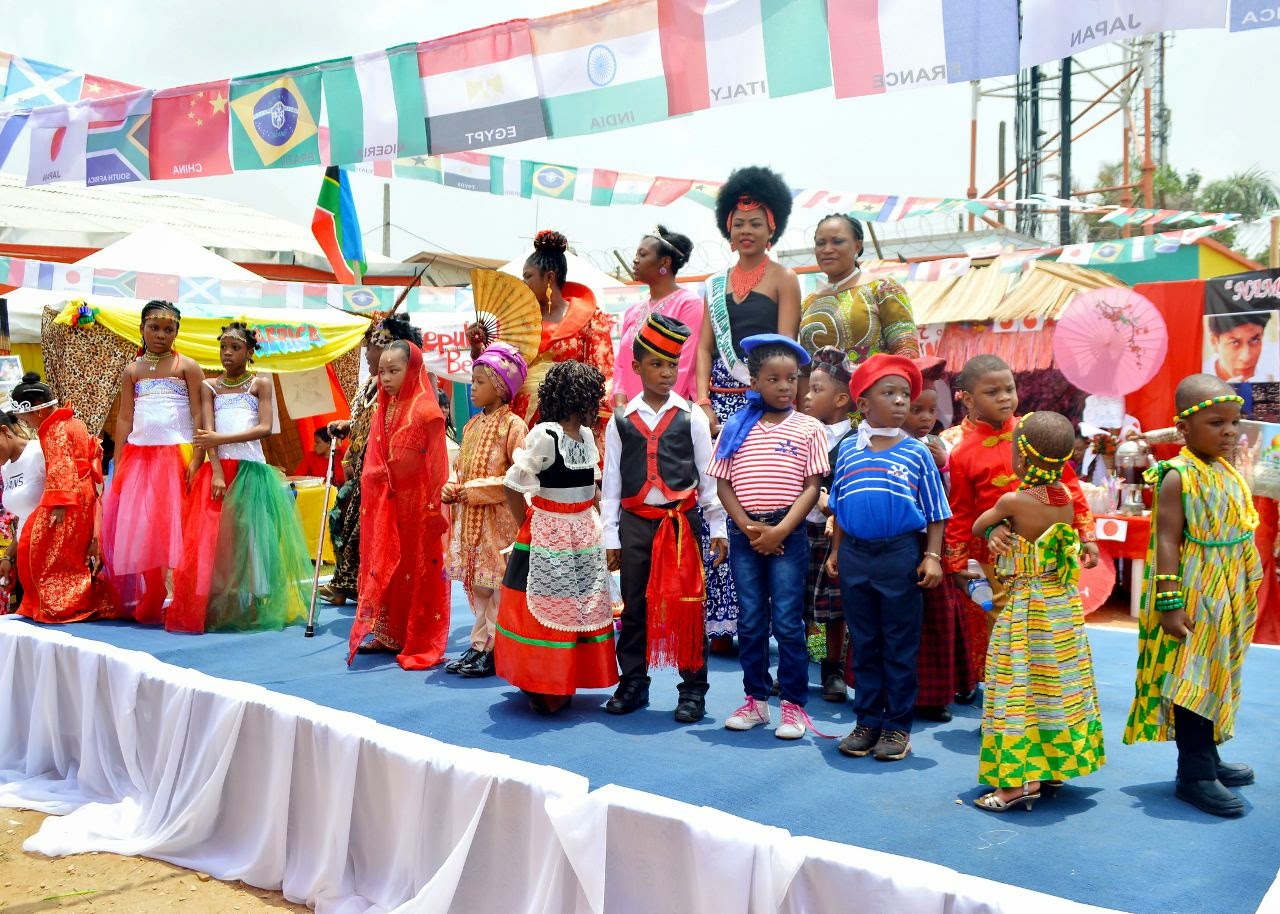 “It worries me,” she continued, “to see my fellow black skinned man humiliated by a white man. I wonder if it has ever occurred to them that black or white, we are the same. This has necessitated the introduction of the young generation to diverse cultures we have in the world. The awareness of the different world cultures in children will help build an interest for other cultures in children, it will help develop appreciation and respect for their cultures.” 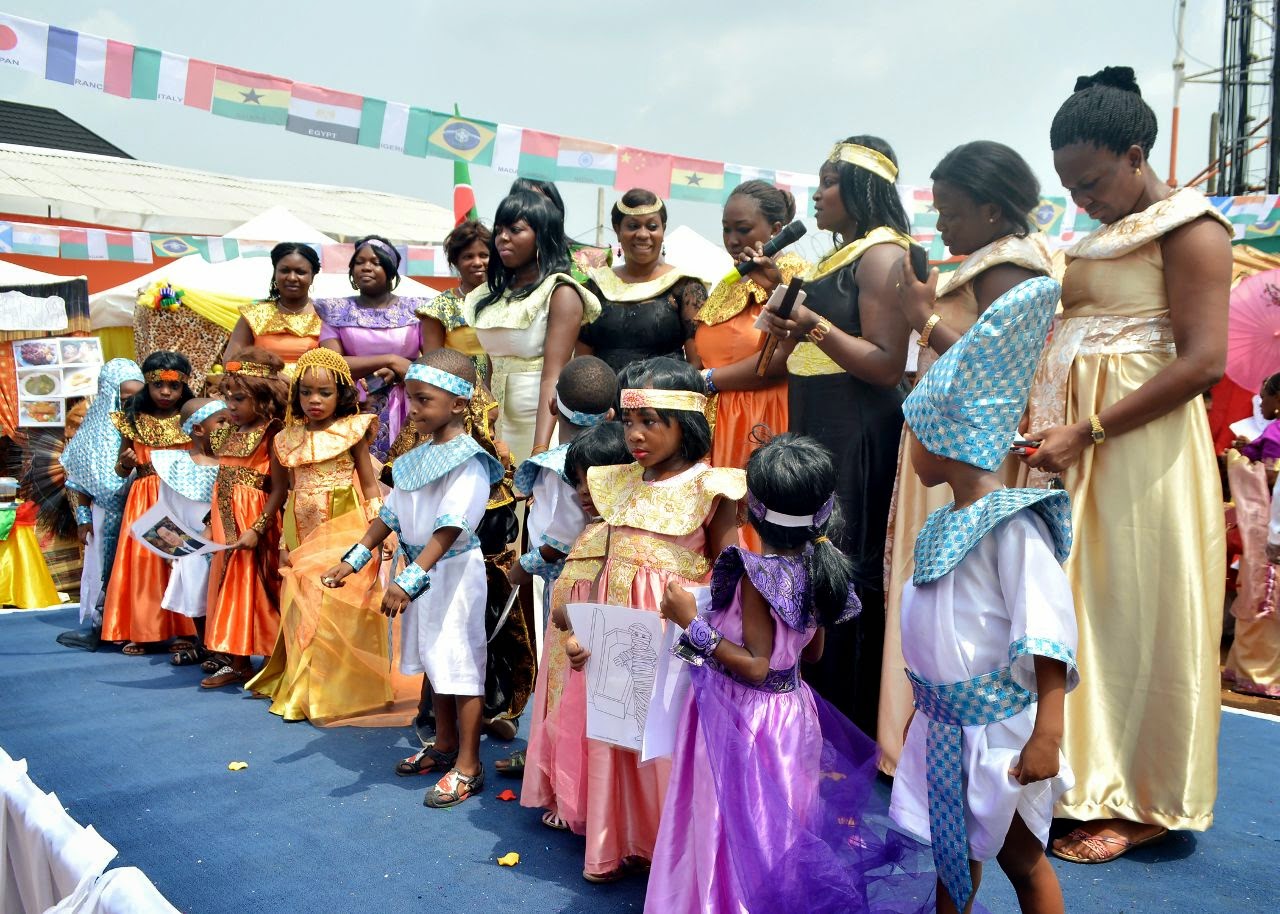 The Egyptians are associated with mummies, gold and Pharaohs; these were presented in the Egyptian tent as well as shawarma which they said originated from Egypt.

Indians are known for their colourful wedding ceremony; a very short and colourful wedding was presented during the drama and dance
presentation by the children who represented India.
Present to witness the celebration was Miss Tourism 2014, Collete Nwadike. She said: “It is wonderful

Goge Africa celebrity couple presenters, Nneka and Isaac Moses, Ebele the Flutist, were among the

judges and they picked the winners by the cuisine, information material, artworks, attire, and stage performances, organisation, etc.
Scotland was third, second was South Africa and India was crowned the winner. There was
a raffle draw in the course of the event and prizes were awarded to the winners. DeBB International day was supported by First Bank.

Nigeria was not left out in the international day event, but her tent was not attractive like other tents and was not well represented in the drama, dance and other activities. “Every class was actually given a country to represent, so I guess what you saw was what they came up with. The International Day is about what each country can display,” said one of the teachers, Mrs Irene Ebegbuna.http://thenationonlineng.net/new/children-celebrate-international-day/