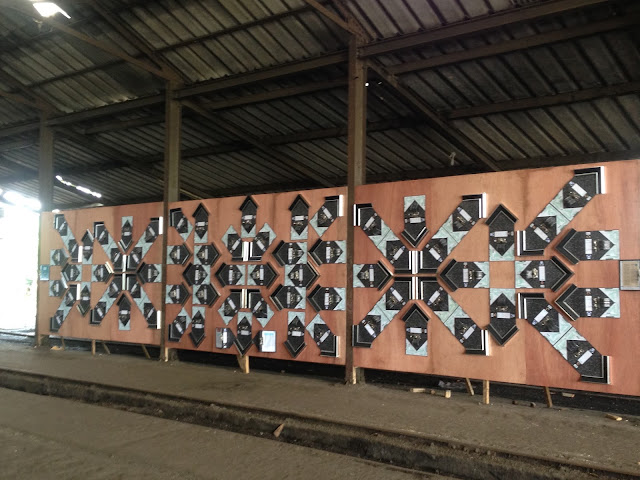 The inaugural edition of Lagos Biennial started yesterday, October 14 at the Railway Compound, Yaba, Lagos, Nigeria.
Lagos Biennial Artistic Director/founder of Akete Foundation, Folakunle Oshun, said the event with the theme, Living on the Edge, will end on November 22. Other venues are Ilukwe House, Jaekel House (Museum) and other places in Lagos.
Oshun said Living on the Edge explores the crises in historical and contemporary contexts. The exhibitions are framed around the   concept of superimpositions, and   examine parallel histories and counter-narratives with   the character of the city of Lagos as catalyst.”

According to him, the Lagos Biennial is long overdue and will saver as platform for cultural exchange between Nigeria and the participating countries, as well as a platform for Nigerian artistes to engage with the world and showcase their talents. 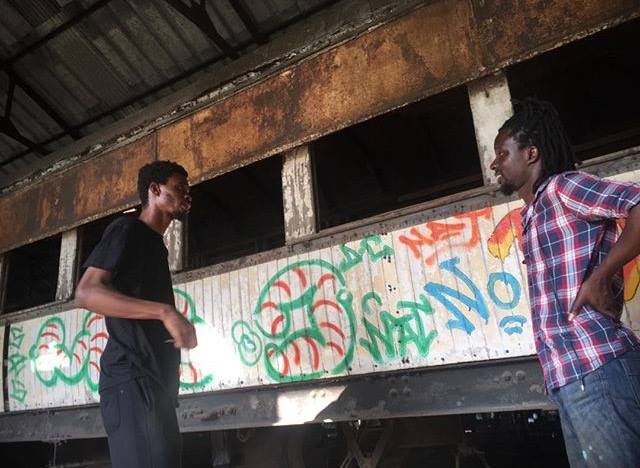 “This is one of the biennial on the African continent that doesn’t just encourage an international audience but also international participation and that is a reflective of Lagos as a cosmopolitan city.

“Lagos has the talent, people in art, in literature, in music, the list goes on and on from Chinua Achebe to Fela, Wola Soyinka. We have these big names in Nigeria. Biennial is not just about fine art or visual art, there is a lot of literature, a lot film involved. We have these pockets of talents, with flashes of light everywhere.
“So, it is just about doing African thing. We also want to get invited to Venice, Italy, to document, so we go out their and say come let’s talk, think and dialogue. Our leaders are talking about this in the UN and we are always castigating them. As artists we say we have the solution, lets come together and see if we can do better than the politicians.”
The Lagos Biennial 2017 is organised by the Akete Foundation and has been endorsed by the Lagos State Government.
Part of the activities will be a book reading, art exhibition, cinematography, dinner reception at the rooftop of Goethe Institute on October 13, audio-visual installations, etc.
However, he said there was no open call for this maiden edition because of the timing and funding. “When you do an open call you must be able to fly everybody in and fund them. But for this we just made selection through our curatorial team and advisory board. And for the next edition we would have open call. So, the Lagos Biennial is open to everybody, it is something that we should embrace and should own
“Why Lagos at this point in time? I think it imperative because Lagos is growing in the cultural scene. I would like to say Lagos is on fire, every weekend we have exhibitions.
The exhibition catalogue is becoming more exquisitely published, better quality images, critical text being written by many scholars, we have the growth of the auction houses, and with such a domestic scene.
“It is also very imperative that we bring in the biennial these little occurrences into more focus and project them into wilder audiences and more global platform.”
Enwonwu said: “The biennial tells you who is the cutting edge artist. It tells you those who will bring in something deferent, it will talk about the geographic boundary, psychological boundary that the organisers and curators are trying to break and push forward.
"These are very interesting occurrences, I hope it will be something sustainable, bring more privet people getting involved, most especially sponsors, when the government get involved because I think it is a good way when we are talking about economic diversification of Nigerian, and of cause to cerebrate our rich cultural heritage, to celebrate Africa, the people and of cause one way of bring our culture into contemporary manner to global platform all over the world.”
Legacy 1995, a historical land environmental interest group in Nigeria is the main partner for the Lagos Biennial 2017 and will be granting access to monumental and historic architecture in  the city of Lagos. Biennial Team Folakunle Oshun Artistic Director/Curator, Amira Paree – Co-Curator, Erin Rice, Consulting Coordinator Artist Talks, Akor Opaluwah, Coordinator Artist Talks, Aminat Lawal-Agoro,  Project  Manager, Sola  Akintunde, Co-Curator.
Participating artists are Jelili Atiku, Rahima Gambo, Ayo Akinwande, Lena Athanasopoulou, Sam Hopkins, and David  Lale, Saba Zavarei, David Palacios, Arrigo Reuss, Lamis Haggag, Dunja  Herzog, Jess Atieno, Abdulrazaq Awofeso, Rita GT, Niyi Olagunju, Phoebe Boswell, Kainebi Osahenye, Adeola Olagunju, Ranjeeta Kumari Yara MekaweiEca  EpsObuh  Christopher  Nelson Amina  Zoubir Olivia  Jasinski, Tito Aderemi-Ibitola, Kathleen Hearn, Jerry Buhari, Youngjoo Yoo, Poku  Chereme, Maie  Okafor, Amol  Pati, Tori Wrånes,Taiye Idahor, Januario Jano, Ro Caminal,Ala Kheir,Wura-Natasha-Ogunji, Sébastien Mazauric, Fati Abubakar, Delio Jasse, Kris Russo, Simon  Daniel,  Tegnander   Wenzel, Silas  Mensah and Mawuenya Amudzi.