‘Why Faces and Places is dedicated to my mother’ 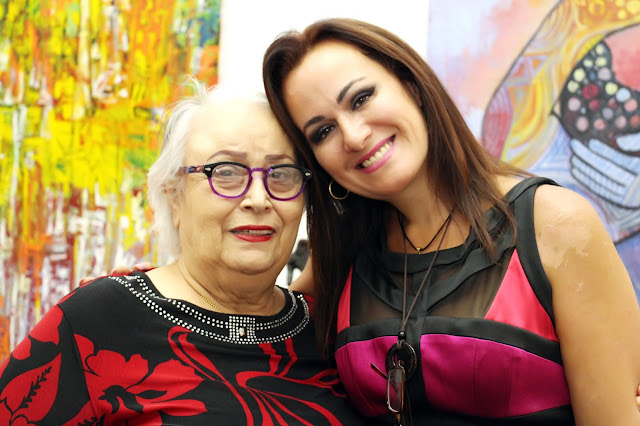 “My mother had cancer at very late age of 75. She went through chemotherapy for a year, it affected her kidney, heart, ears, skin and other parts of her body. We saw her suffer and we saw her go bald. Words cannot describe the emotional trauma we (her children) went through,” says the CEO of Alexis Galleries, Patty Chidiac-Mastrogiannis during a press preview of Faces and Places II in Lagos.

Faces and Places II, a group exhibition, which aims at creating awareness of cancer, as well as educate people on the importance and value of early detection of the disease will feature twelve paintings by Olasukanmi Oyelusi, Afeez Adetunji, Bidemi Matthew Joseph, Seye Morakiyo, Darlington A. Chukwumezie and Adedotun Fashina. 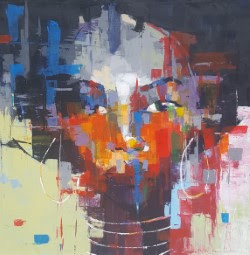 Exhibition opens this Saturday, October 20, and will be officially opened by the First Lady of Ondo State and Founder of Breast Cancer Association of Nigeria (BRECAN), Her Excellency, Mrs. Betty Anyanwu-Akeredolu, who is a breast cancer survivor.
“Face and Places is dedicated to my mother and other strong women in the world, who have actually fought cancer and those who were taken by cancer,” says Mrs Chidiac-Mastrogiannis, who established Alexis Galleries eight years ago.
"My experience of shattering loneliness, unavailability of information and group support coupled with ‘tight-lip syndrome’ and indifference surrounding the disease so stirred me that I was inspired to do something that will bring about a positive and lasting change in the attitude of breast cancer patients themselves and the Nigerian society toward breast cancer,” writes Mrs Anyanwu-Akeredolu on her website.
Chidiac-Mastrogiannis stated that part of the proceeds from the exhibition will be donated to BRECAN and “every year we are going to do a show for people who survived cancer and those suffering from cancer. I hope that we will be able to make a difference with this exhibition and I hope that we will be able to joint yearly and do what we can to make a difference with this exhibition. 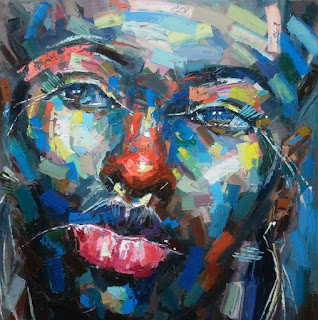 “We are going to be collaborating, hopefully, with the Cancer Society and give part of the proceeds to them for research and awareness devotions, through our annual exhibition, Bald is Beautiful,” she asserts.
The works, she revealed, are a limited edition, as the works have the Cancer Foundation logo, worldwide, as well as pouf and throw pillows sets, created by the co-curator of the exhibition and CEO of Empire Jane, Joanna Boer, to accompany them.
“I’m thrilled to collaborate with Alexis Galleries in the second joint exhibition titled Faces and Places II. The artists represented in this collaboration share my aesthetics for soulful, imaginative, celebratory pieces. A feast for the eyes, they lift the spirit while also offering a glimpse into to the dynamic life and culture of Nigeria," says Joanna Boer.
The exhibition, which is supported by Pepsi, Delta Airline, Amarula, Nederburg, Cool FM, the Avenue Suites, Art Café and the Homestores, runs till November 3, 2018.