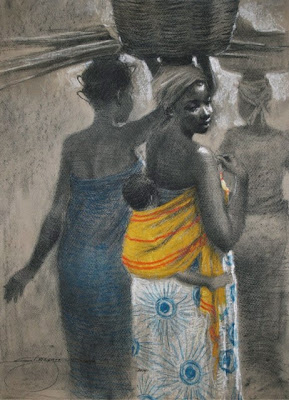 Contemporary Nigerian artist, Stanley Dudu has been consistent with monochrome, those who are familiar with his artworks can attest to this and it might surprise most of them when they see his recent works as he has introduced a hint of colour to his artworks.

This was observed during his last solo art exhibition of charcoal and pastel drawings titled: Next Episode. “My artworks are  monochrome, but I have introduced colour to it, and the intensity of the colours are much stronger unlike some years back when I was just beginning to experiment; putting colour to the monochrome,” he explained.

The exhibition took place at Alexis Galleries, Victoria Island Lagos. Dudu said: “I am transiting from New Episode to Next Episode phase, which is why I chose the theme for this exhibition. The theme is sequel to my previous show, my first solo show titled New Episode.”

Another reason why he chose this theme according to him is to create continuity for the two exhibitions “because there is a sort of relationship between the two phases (New Episode and Next Episode), the medium and subjects are the same.”

He continued: “The rendition has also changed because I have better works now. What I will be showcasing won’t be just mere drawings because it is daring to be different.” 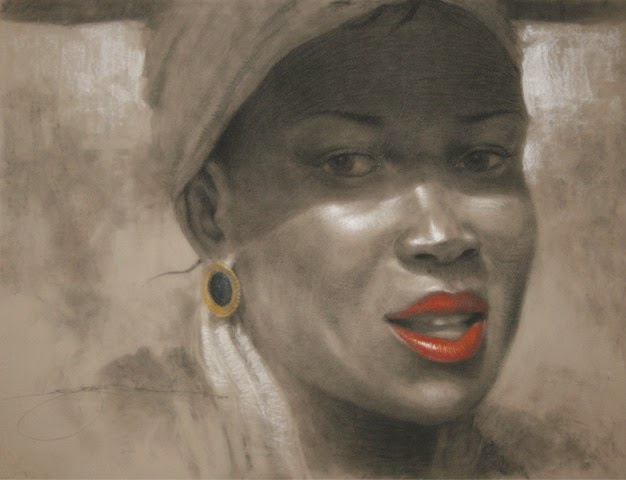 According to him, the touch of colour is to put a twist to his works, “even as much as I will like to create an identity for myself, in terms of maintaining monochrome,” he said.


This artist who described himself as a realist, graduated from Auchi Polytechnic, Auchi, Edo State. He has participated in various group exhibitions.

“Dudu's works make me cry,” said Patty Chidiac, the exhibition curator and the gallery owner, while explaining how she feels about the artist’s works. “The works they depict everyday activities in Nigeria. You could see market scene, children playing and pretending to be mummy and daddy.

“His drawings are very emotional, they are the type of pieces you cannot resist. Dudu is now going through a more powerful series, a darker series; darker as in pigment, in charcoal, more expression and much better proportion,” she explained passionately.

The exhibition was well attended and over 30 works were sold.