A State of Mind 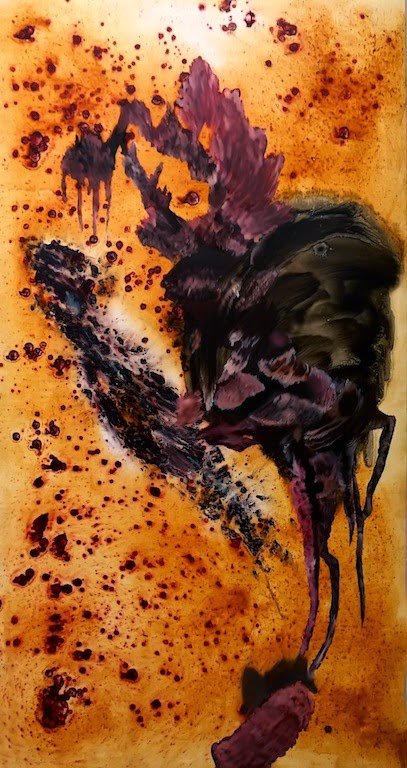 Seventeen fascinating abstract paintings by Nengi Omuka in her ongoing solo art exhibition portray what she called “A State of Mind,” inspiration by a “madwoman I saw in Ibadan.”

Omuka’s empathy for the number of mentally ill women roaming the streets is interpreted in most of the works on display at Omenka Gallery, Ikoyi, Lagos. “I am very concerned about the amount of madwomen we see on the streets. That is where the state of a mind thing came from. The first madwoman I saw in Ibadan dressed very beautifully in ankara and she still had her hair dishevelled, so the hair was kind of showing her state of mind and it concerned me that a woman has gone into this state and I wondered about where she came from and what made her got into this state.”

Omuka said: ‘I am basically drawing attention subconsciously, it’s not like I can go to the street and protest but what I can do is paint. This is something that concerns me; this is a personal thing and I am doing a whole lot of painting series on mentally ill women.”

She presents this in a piece she titled: “Who be You?” she composed her impression with total care through colours and shades. You could deduce from Omuka’s works that she loves green a lot.  Many among the seventeen works have a touch of green while about three are produced with various shades of green, one such as Green Scape. “I situate bodies in spacing; sometimes I separate the body from the space. For example, Together Forever has no spacing but it has a space, the red background serves as the space. This piece is a scape, it could be water and it could be anything.”
Her abstract works are neatly done and can be mistaken for a print. The exhibition opened on Saturday, March 21 and closed on April 8. 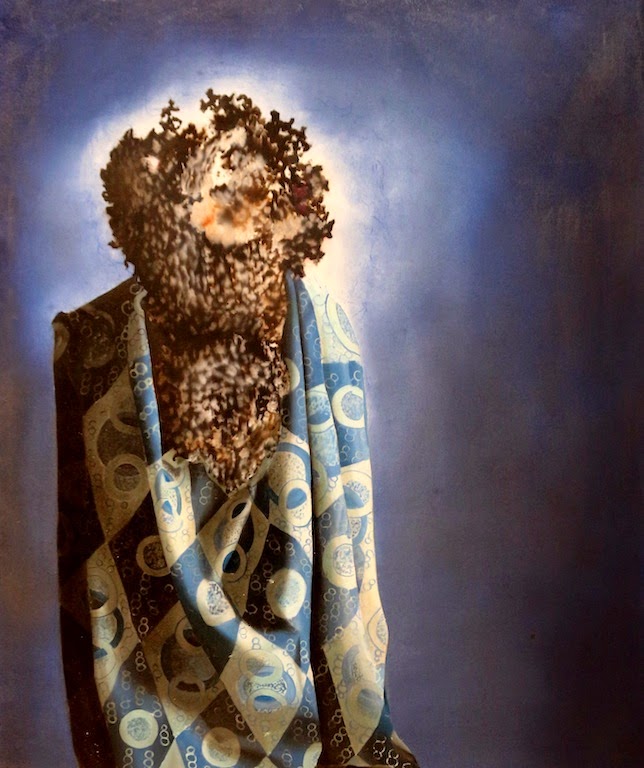 This Rivers State artist who lives in the United Kingdom hinted that she “gets a lot of questions from people about my works because they are abstract and not immediately understandable.”  When asked what genre is her art, she said, “I feel surrealism, expressionism, realism, impressionism, all these isms were from something very past and are from the West. I don’t want to weigh myself with theirs; my works are Nengism (laughs); that is what they are, it doesn’t belong to any genre.”

Art to her “is not just about things that are happening outside; sometimes it could be something that happened within you. That is what my paintings are.”
28 years Omuku is also a sculptor. She has been painting and sculpturing for eight years and bagged a Bachelor degree from the Slade School of Fine Art, University College London (UCL). She is being represented in Nigeria by Omenka Gallery.